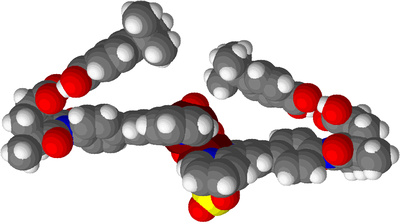 Catalytic C-H oxidation is a reaction of high interest due to its potential applications. These include the activation of the smallest most intert alkane, methane, to generate methanol, which is much more easily transported and chemically versatile. Furthermore, there is also a strong focus on using this reaction to selectively functionalize complex organic molecules for the synthesis of fine chemicals.

My work on this chemistry started by modeling the structure and reactivity of manganese porphirines. DFT calculations showed that the postulated Mn(V)=O active species are capable of promoting C-H hydroxylation only in open-shell states, which are higher in energy, yet accessible, than the closed-shell ground state. We also found that the accessibility of this reactive states is strongly dependent on the nature of the axial group trans to the oxo ligand. The stronger the trans effect, the less accessible are these states, i.e. the less reactive the system is, in nice agreement with the experiments reported by the group of Groves, who originally proposed the rebound mechanism operating in these catalytic systems. For dinuclear systems based on Mn-terpyridines, we found that high selectivities can be reached with a molecular recognition approach, in which the flexibility of these moieties plays a key role together with the steric shielding of the reactive site by unreacted substrate (Figure). The open-shell states of these manganese systems are better described as radical Mn(IV)-oxyl species. Radical character was also found in the oxygen of Mn-hydroxo porphyrins, which also promote hydroxylation reactions initiated by H abstraction.

A key finding in the manganese porphyrins was the realization that these systems can promote not only hydroxylation but also dehydrogenation (i.e., desaturation) reactions. In collaboration with the Crabtree lab, we provided theoretical and experimental evidence for both reactions in the C-H oxidation of dihydrophenantrene, in which the desaturation pathway is promoted by aromatization. Following this discovery, we explored the possibility of doing dehydrogenation without this driving force. In collaboration with the experimental group of Pedro J. Pérez, we succeeded in catalyzing the oxidation of cyclohexane to both cyclohexanol and cyclohexene. This was acomplished by using hydrogen peroxide as oxidant with the trispirazolyl-copper catalysts developed by this group. Remarkably, the dehydrogenation pathway was first discovered in silico and then proven experimentally. This reaction requires spin-crossover processes interconnecting copper(I) and copper(II)-oxyl states. Work in progress focuses on the oxidation of sp2 C-H bonds in benzene derivatives.

For more computational insight into metal-catalyzed C-H activation you can read this Chemical Reviews paper.